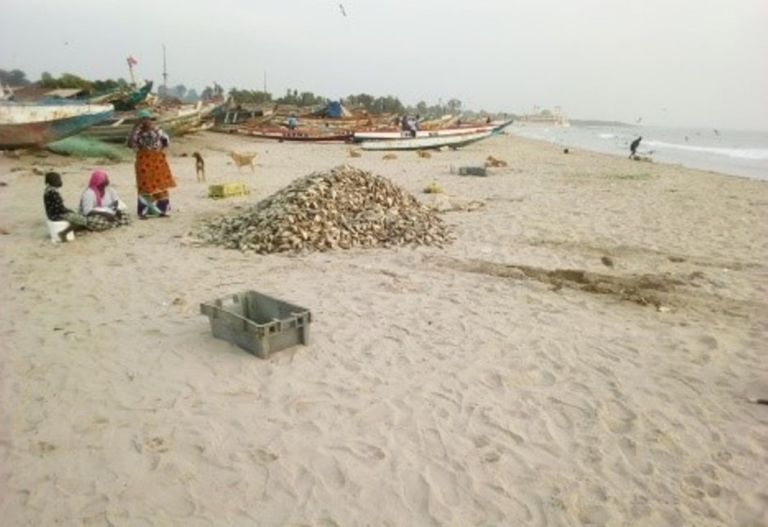 This is a developing story on the one carried in yesterday’s publication regarding the interception of a lorry with juvenile fish bound for the Golden Lead Fishmeal processing plant at Gunjur.

The intercepted ‘bonga’ eventually got rotten and was buried along the shore of Gunjur beach yesterday November 11th 2019.

According to sources, when this bulk of fish arrived, authorities at the Golden Lead Fishmeal Factory declined to take it; that they could only take 400 baskets of fish and upwards.

Night fishing is said to have commenced only in Gunjur; that other fishing centers like Tanji and Kartong are still waiting for the agreed time which is in December.

Fishermen lament that the factory price of a basket of fish costs D315 (three hundred and fifteen dalasi), which to them is lucrative; that the Golden Lead factory should have accepted the consignment because they started operations with rotten fish.

‘‘We have a factory on our beach but we still suffer because our catches rot and this is not the first time this has happened this season,’’ he lamented.

Fatou Khan a native of Gunjur and middle woman for this particular boat said the boat arrived with other boats, but capsized just a few meters from the seashore; that before they were ready emptying the boat of its catch, it already got dark; that they spent close to D4,000(four thousand dalasi) on transport to take the catch to the fishmeal factory in Kartong after it was rejected by the Golden Lead Factory; that this is why the catch had to be buried on the shores of Gunjur beach after it got rotten.

Fatou said this should be a concern for Government and all Gambians to protect the country’s natural resources for the benefit of posterity.