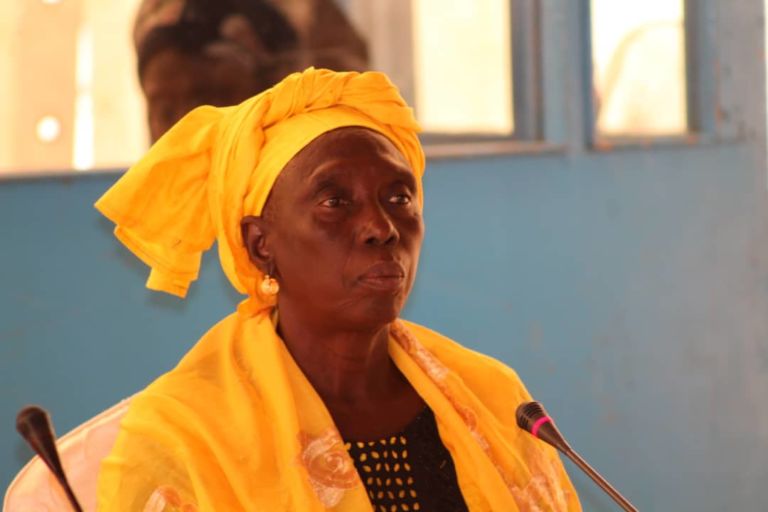 Adama Gassama, a survivor of the 2009 witch-hunting exercise Wednesday gave a detailed testimony of how his husband was abducted by witch hunters.

Both Gassama and her late husband Nata Camara were victims of the witch-hunting exercise. They were abducted on the 8th February 2009 in Essau village, Lower Nuimi District. She told the Commission (TRRC) that both of them drank the hallucinogenic concoction twice at the place they were held in Kololi.

She said the two of them were abducted at home and taken to the village ‘Bantaba’ where the witch-hunters dug a big hole and buried a live goat. She said from the ‘Bantaba’, they were taken to Fort Bullen in Barra where they waited for the ferry and when it came; they boarded and crossed to Banjul. She testified they were taken to the residence of late Baba Jobe, a former lawmaker.

She explained they were forced to drink concoction.

“My (late) husband was beaten severely. I was lying in the room and I could hear him screaming,” she said.

She said a friend to their daughter intervened and facilitated their release from the witch-hunters.

“At the time of our release, we were both weak but my late husband was weaker than I was,” she said.

She said after their release, her husband began complaining of waist and stomach pain.
“This was what he suffered from until he died,” she said.

She said her husband died a year after their release. She said her late husband couldn’t survive the health complications he developed as a result of the concoction he drank while in custody. She added he was sick throughout until he died.

On her condition, she explained she is still grappling with health problems, adding she is frequently sick.

“I am not well Counsel,” she said.

She said as a consequent of their victimization, all their children became school dropout because they did not have any person to support them.

“They were under the responsibility of their father, but since he died, no one sponsored them and as a result of that they have to leave school,” she said.