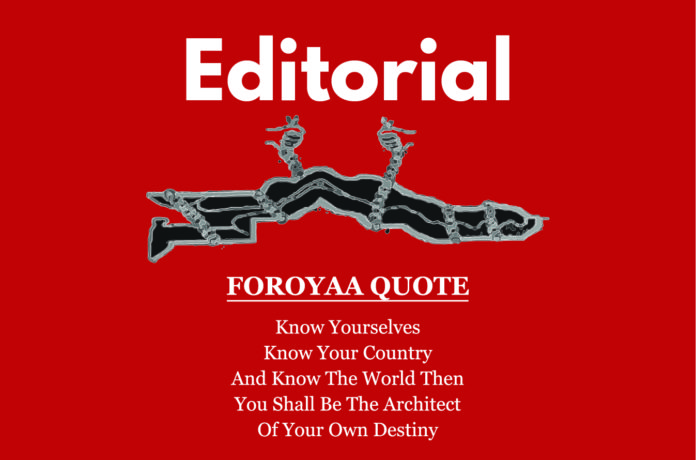 Gambian politics took a new direction when change occurred through the ballot box for the first time in Gambian history on 2nd December 2016. What should have followed is the sensitisation of the Gambian people so that each will understand that politics under a democracy is to struggle for the hearts and minds of the people by proving them that one can address their needs and aspirations.

Only systems based on oppression would lead to insults and intimidation in order to try to combat political opponents. Democracy is a free expression of will. This requires those who seek mandate to struggle to win the hearts and minds of the people. Sincerity and clarity are the weapons to be used to win those hearts and minds.

Foroyaa would wish to call on all Gambians to engage in self-criticism and display abhorrence for undemocratic means of exercising political rights. Those with democratic values should take the lead to help those without democratic values to embrace them. This is the demand of post 2016 Gambian politics.