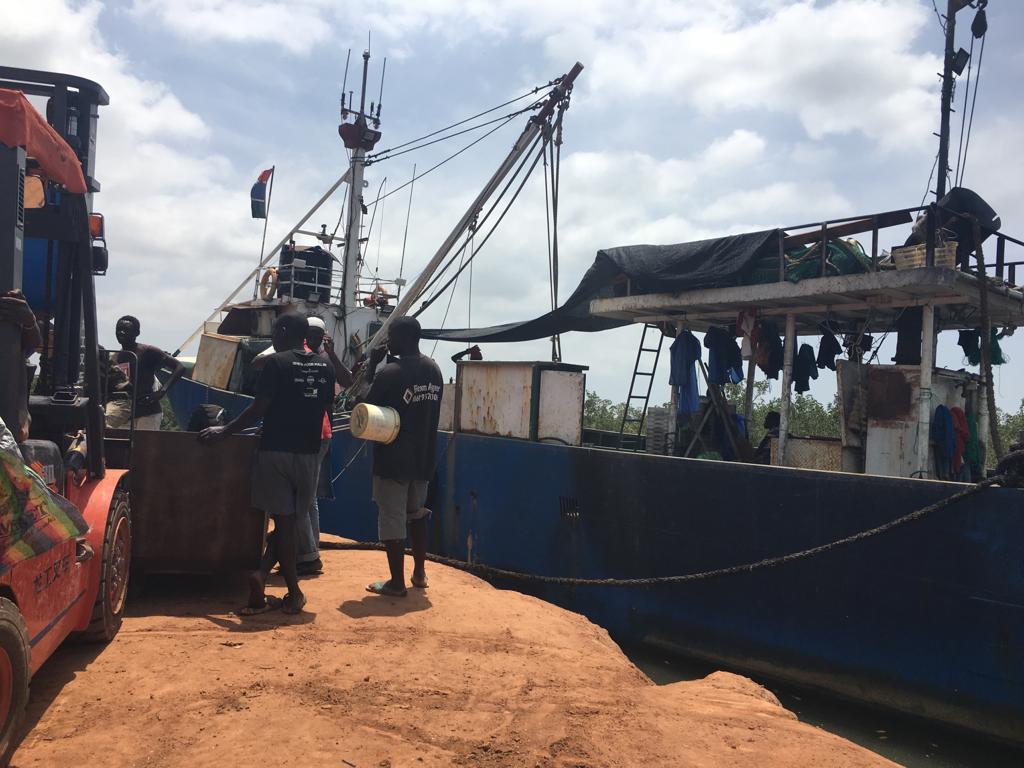 Gambian authorities on October 9 intercepted three Chinese fishing vessels for illegal fishing in a restricted zone in the waters of Mandinari.

The vessels owned by Qunlong Fishing Enterprise were intercepted by the Gambian authorities with assistance of Sea Shepherd crew.

This came barely weeks after the Fisheries Director shrugged off claims that his institution issued a license to Chinese vessels to land in Mandinari. 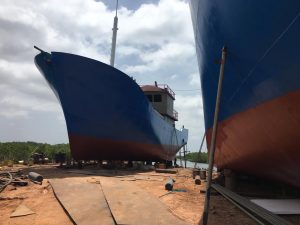 The 3 vessels have been taken into the custody of the Gambia Navy in Banjul.

DE-HONG 1, DE-HONG 2 and DE-HONG 3 vessels are in state custody for illegal fishing in Gambian water.

Lamin Saidy, the manager of Qunlong Fishing said their three remaining vessels were intercepted and suspended from operation.

“As for now, we’re no longer operating in Mandinari, because our 3 remaining vessels were suspended as a result of issues relating to documents,’’ he said.

“The agent representing these vessels in Banjul, is currently working with the authorities to ensure that the matter is resolved so that our vessels would be allowed to resume operation,’’ he added.

“The joint operation went and arrested them for their illegal fishing. The trio vessels are now in the custody of the Navy,’’ he said.

According to GAF PRO, the interception came into effect following a joint operation led by Sea Shepherd crew, inspectors from the Department of Fisheries and Gambia Navy.

Dr. Bamba A.M Banja, the Permanent Secretary at the Department of Fisheries, also confirmed that these vessels were intercepted for their violation of Fisheries legislation by fishing in a wrong zone.

However, he said when the joint operation team intercepted the vessels, they were escorted by personnel of the Navy to the sea port. He said while they were there, they were under the close supervision of the Gambia Navy until a decision was reached by the authorities.

“Fishing without a license is the worst crime because you can even lose your fishing vessel when you’re caught,’’ Fisheries PS remarked.

“They (the vessels) are at the custody of the Navy until they pay the fine,’’ he said, adding: “We’re not denying them to fish in the Gambian waters, but what we want is for them to comply, and if they comply, they will make live easy for everyone.’’

Sea Shepherded Conservation Society, an international non-profit organization in partnership with the government of The Gambia, are working on tackling illegal, unreported and unregulated (IUU) fishing in West Africa.