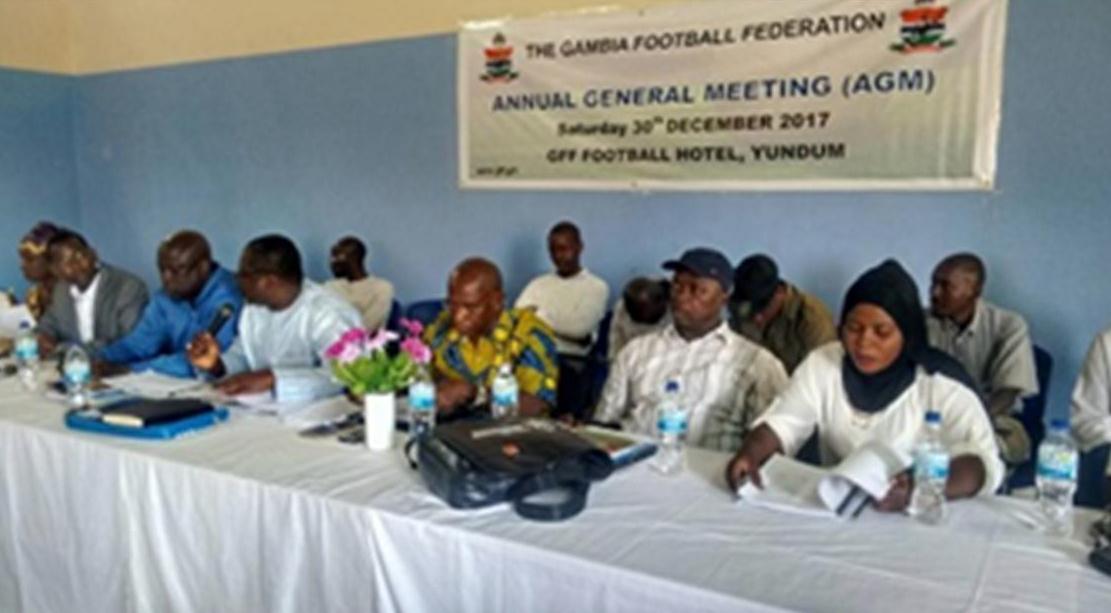 GFF President Lamin Kaba Bajo said the gathering is one of the most critical engagements of the football family as it avails members the opportunity to put before family members reports of activities of the year ending and the program of activities and the budget for 2020 for their approval.

“The Year 2019 was one of the most successful periods for Gambian football. The Senior National Team won a competitive match away from home for the first time in nearly four decades(36 years to be precise) following a 3-1 come from behind defeat of Angola in the opening game of the 2021 Afcon Qualifiers. After another 2-2 home draw to DRC the result ensured that the Scorpions would begin the next stage of the Qualifiers in August next yer as te top ranked side in the group”. Mr Bajo noted that the year started with the historic visit of a sitting FIFA President to the Gambia Gianni Infantino in  January 2019. “Its no secret to anyone that Gianni Infantino was very impressed with the development and progress we have made as a family in our development efforts”. He said Infantino had exprseed FIFA’s plesure in the giant stides registred by tte GFF and urged oter member Associations to emulate the Gambia Football Federation.

Commenting on the GFF Financial jusridprudence, Mr Bajo stated that Football House has in place one of the best structures and processes to develop startegic goals and direction, monitor performmces against these goals and ensure that action is done in the best interest of members. “Financia transparency is at a very high level at the GFF with the Federation disclosing its accounts to members and other stakeholders to ensure proper scrutiny. We have never failed in publishing our annual reports, including financial statements and for two years running, FIFA external auditors have given  our accounts clean bill of health”

The President’s comprehensive report also captured the new GFF Player Registration System which is online and been introduced for the first time in Gambian football. “In our bid to improve our Leaguesand ease communication between the Federation and the League Clubs, we have also for the first time introduced the Online Registration System (PRS). It is a system that can keep track of players’ records and enrollment processes”. He said the system is to repace the current paper based to a web based database system so that Coaches, football stakeholders and players can access data and information electronically.

On the audited accounts, Foresight Chartered Certified and Management Accountants concluded that GFF accounts are in accordance with International Standards on Auditing (ISAs).”We have audited the Financial Statements of the Gambia Football Federation which comprises the Financial position as at 31st December 2018, the income statement and statement of cash flows for the year ended and notes to the financial statements, including a summary of the significant accounting policies applicable to the Federation”. In their opinion, the Accounting Firm concludes that the “GFF accounts were prepared in accordance with Generally Accepted Accounting Principle (GAAP) and has in material”.

The report amongst other items also made mention of the Super Nawettan which continues to be expanded with 20 teams taking part in 2019 after the inclusion of Farafenni, Kombo Central 2 and Coastal Road Sports Development Association (COSDA), while Bakau returned from a one year suspension. “Our investment in every nook and cranny of Gambian football in the past few years is paying dividend with a team outside of the Greater Banjul and Brikama winning the Competition for the first time ever as Kombo East defeated Sere Kunda West in the finals