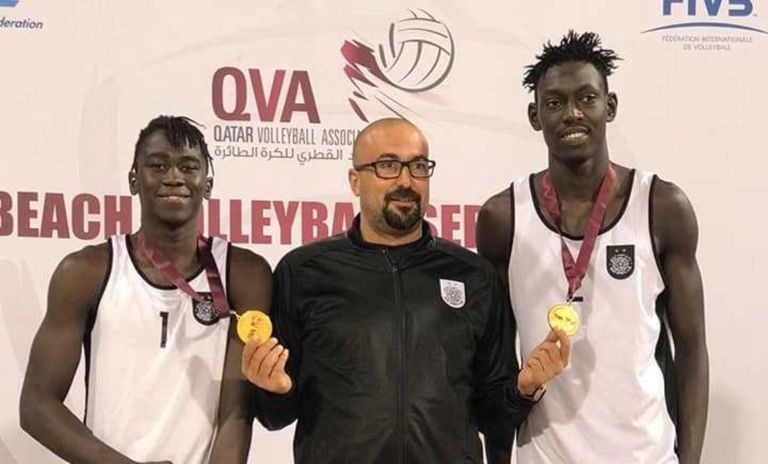 The fast-rising sensation and compatriot Babou Jarra were on show over the weekend helping club side Al-Sadd Sports Club pick gold in the Qatar Senior Series.

Saturday’s feat had Sainey and Jarra clutching a combined two bronze six silver and four gold medals in addition to their Saturday’s catch.

Asked about his season ambition, the 19-year-old continued: ‘We won two bronze, six silver and four gold medals for my club and we are hoping to win more gold medals,’
Up next for Gambia’s finest beach volleyball stars is the World Tour in Iran where they’re also ardent on proving doubters wrong.

‘Our next step is to represent our nation in the world tour in Iran January 6-11,’ he says.