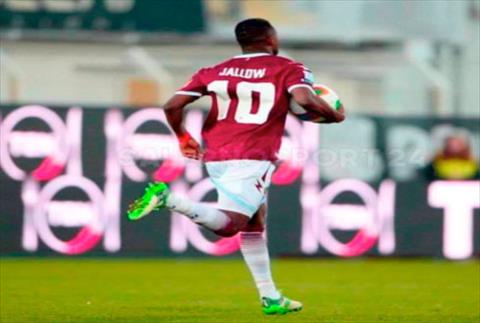 Scorpions winger Lamin Jallow made a fine strike during his Italian B side, Salernitana 2-1 lost against Spezia in their week nine fixtures of the Italian Serie B (Second Division) league played at the Stadio Alberto Picco on Sunday.

The 24-year-old scored his side’s consolation goal in the 85th minutes after being introduced in the second period of the game.

Antonino Ragusa and Emanuel Quartsin Gyasi scored for Spezia in the 5th and 83rd minutes of the game to bounce back from their consecutive draws in their last fixtures.

Beck as he is fondly called, has now scored six goals in thirteen appearances for his Italian Second Division side.