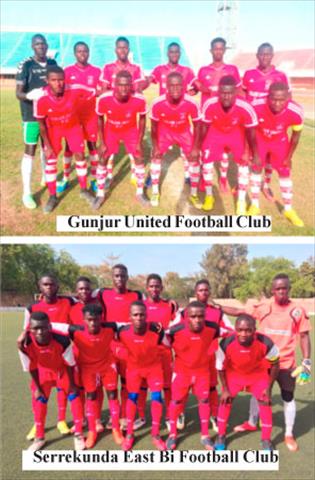 Gunjur United and Serrekunda East Bi clash in the 2019-2020 second division league has been postponed until further notice, according to the news emanating from Football House in Kanifing.

The match was initially set for today, at the Box Bar Mini Stadium in Brikama; but the game was called off by the country’s football governing body Gambia Football Federation (GFF) until further notice.

The Wellingara based-outfit will rub shoulders with Latrikunda United in the week-three game today, at the Serrekunda West Mini Stadium at 4.30pm.